U.S. stock indexes calmed some this week, following a brutal 5% decline the previous week. Thursday looked like the market was set to continue pulling back as the Nasdaq was off by -3.5% before coming back some to close down -1%. 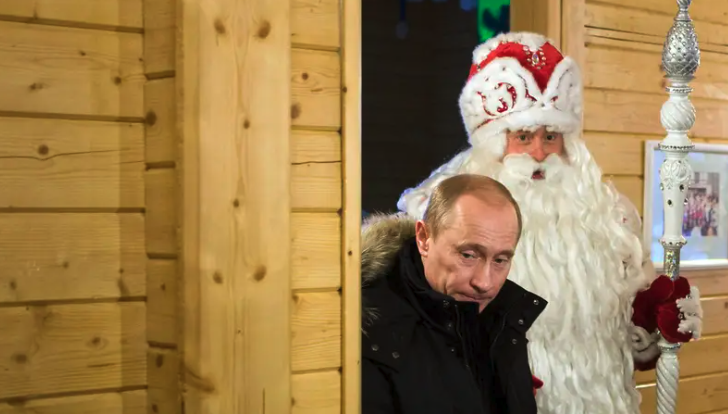 U.S. stock indexes calmed some this week, following a brutal 5% decline the previous week. Thursday looked like the market was set to continue pulling back as the Nasdaq was off by -3.5% before coming back some to close down -1%.

This time of year, markets often get a boost going into Christmas which is called the Santa Rally. Did Santa come this year for the market? It's unclear. What is clear is there was a good amount of selling going on these past weeks as investors looked to harvest losses for tax purposes and take gains from the recent rally.

Technology and Consumer Discretionary stocks performed the worst this week, continuing their poor performance this year. Tesla was pulverized by a confluence of events, including a production pullback in China, Musk devoting too much time to Twitter, Tesla slashing prices on cars, and a variety of public Twitter spats with the world's former richest man.

Tesla stock fell -19% last week and is now down -69% this year.  Is it a bargain or a falling knife? Probably both, making it ripe for a variety of options trades we shared last week in our Level 2 members newsletter.  At a P/E of 38, it's still not a cheap stock, but it's never had a P/E this low since it's been profitable and with a huge backlog of Cybertruck orders paired with a new CEO at Twitter, the narrative could shift on Tesla really fast.

Interestingly, apparel and luxury goods stocks have performed the best this month. One of them was Nike, which beat expectations for earnings and revenue last week. The group was also propped up by everyone's favorite ugly shoes, CROX, Hugo Boss, and Sketchers. It seems the Santa Rally was hiding in the shoe aisle.

CROX's stock chart looks like one of the roller coasters Six Flags is being pushed to sellby activist investors in an effort to raise capital and lower costs.  It's come back 100% from its lows this year.

COVID is raging in China and Bloomberg reported there were 37 million new infections in a single day. Yes, you read that right. Reports show people are now self-quarantining with government restrictions lighter. The Chinese government estimates 248 million people were infected this month. Economic activity is slowing, which is not great for the global economy save for oil prices. And we'll be sure to see another variant come out of this mess we'll have to deal with globally.

Oil prices rose this week, pushing energy stock prices back up on Russia's threat they would cut oil production 7% as punishment for the European price cap put on their oil. Winter storms in the U.S. also shut down refineries in Texas, contributing to price increases. The massive storm has caused the cancellation of thousands of flights and is driving up demand for heating fuels and energy.  The storm is being called a "once in a generation event," but our generation seems to get a lot of those these days.

What about the market?

The best technical analysts we follow believe the market will fall another 10% from where we are before correcting late 2023.  We agree but it doesn't change our plans. So far we're traveling down that route and will continue trading events, staying in money market accounts which are paying nearly 4% interest.

Nothing is certain in life except death and taxes. So, let's make some money from that. Here are a few ways:

If you have losses on stocks or ETFs, you can take advantage of those losses by selling the holding and replacing it with something very similar. For example, if you own Visa and have losses on it, you can sell it and buy Mastercard. You can also buy back the same stock in 31 days from the date of sale as well without penalty.

Many asset managers use tax loss harvesting and others sell stocks in December then buy them back late January to take advantage of the tax losses. These events contribute to volatile markets heading into the end of the year.

Harvested losses can be used to offset any capital gains you have as well as $3,000 in regular income. If you're trading a lot, this can save a lot in taxes. Since you are buying a replacement for the equity sold, you're not actually changing the investment, you're simply profiting from the tax write off.

Money managers tout their use of this strategy as a major reason for paying them 1% of your assets per year for life. You heard it here for $19/mo. You can thank us by telling your friends about us.

Trade Inside an IRA

If you aren't familiar with an IRA, you need to get familiar with it - especially if you're young as the benefits magnify over the years of having one. Contributing to a traditional or Roth IRA ensures you can trade inside the account and avoid ALL taxes on any gains made from the trades. Roth IRAs are best, as you won't get taxed when you pull your money out in retirement. Traditional IRAs are good for offsetting salary income and offering tax free trading income. The catch is you'll pay income tax when pulling the money out in retirement.

The difference over time can be staggering. For example, if you had a Roth IRA and made 10,000 per year in trading profit each year for 30 years, you'd have $300,000 available to withdraw tax free. Making the same trades outside of an IRA for the same time period would equate to $210,000, assuming a total income tax (state and federal) rate of 30%.

Tax preparation business is booming and the stock is up 66% over the past year. It's not one most would pay attention to, but we've had our eye on it since August after it announced a buyback and a dividend increase. The company generates a large percentage of its revenue at the end of the year.  We're watching for future announcements from them to profit from.

Surveys show that people are least likely to give up their healthcare and their cellphone when times are tough. With a recession and death coming for us all (eventually, relax), there's money to be made in Big Pharma. These companies may be experiencing their own goldilocks moment.

They are loaded with cash and can now buy up as many small, fledgling biotechs as they want to boost their pipelines of drugs for the next decade for 20 cents on the dollar to what they would have paid a year ago. If they buy foreign companies in U.S. dollars, the dollar's strength against other currencies delivers additional buying power.

With 8 billion people on the planet all trying keep their health intact and a large generation reaching an age where healthcare spending is the greatest, big pharmaceutical companies are looking at a decade of prosperity.

We'll discuss the company with the most catalyzing events under it future Level 2 newsletters. But you can view the events in this industry in the Dashboard as well. Just filter by Sector: Healthcare.

Elon Musk said he'll resign as Twitter's CEO and is in search for someone "foolish enough to take the job." Tesla shares have been hammered by the bad press Elon's Twitter involvement has caused, creating opportunities to pick up the stock at a discount for those ok with riskier trading. Elon also promised (again) not to sell any more shares of Tesla. He sold $39 billion worth of shares over the past two years, which has contributed to the decline in share price.

CNN reported he still owns over 420 million shares of Tesla with the opportunity to earn more as part of his executive compensation.

Autonomous driving technology company Tusimple holdings laid off 25% of its workforce citing "macroeconomic conditions" as the reason. The unprofitable tech company's shares fell over -11% on the news.

Giant chip maker Micron Technology reported earnings last week and a 50% drop in sales of its computer processing chips used in consumer products.  This was a very clear indicator that consumer demand for technology products is drying up rapidly, as economies contract. The company also announced plans to layoff workers.

Carnival Cruise Lines reported strong revenue growth but still failed to make a profit, despite having every possible tailwind from consumer spending and demand. As belts tighten in 2023, it will be tough for Carnival to stop burning through cash and borrowing more money at higher interest rates.  The stock was down -8% this week.

What is the Level 2 Plan?

We didn't come up with it.

Members seeking more info, an edge, and more instruction on how to use the application, requested we create it. So we did.

LevelFields' AI pours through a lot of information. Not all of it fits perfectly into our scenario model.

We created the Level 2 membership to provide a way to flag events you probably didn't see, highlight the ones we've come to learn are most likely to succeed, provide some deeper insights into the patterns revealed by the data cruising by us daily, and we also share the trades we are making.

It takes a lot of time for us, so we have charge more for it. But one winning trade a year pays for the cost.

Add your email to get the report sent to you.

Get a free report. No strings attached

Use it to uncover trade ideas